Here are some highlights:

Manage your media with style 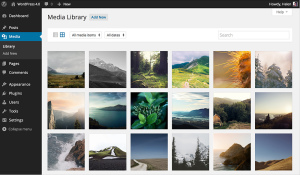 Explore your uploads in a beautiful, endless grid. A new details preview makes viewing and editing any amount of media in sequence a snap.

Working with embeds has never been easier

Paste in a YouTube URL on a new line, and watch it magically become an embedded video. Now try it with a tweet. Oh yeah — embedding has become a visual experience. The editor shows a true preview of your embedded content, saving you time and giving you confidence.

We’ve expanded the services supported by default, too — you can embed videos from CollegeHumor, playlists from YouTube, and talks from TED. Check out all of the embeds that WordPress supports.


Writing and editing is smoother and more immersive with an editor that expands to fit your content as you write, and keeps the formatting tools available at all times.

You can get access to it from https://mail.ferguson.pw/calendar, or by clicking your name in the top left corner (1) and then selecting calendar (2) from the drop down menu: 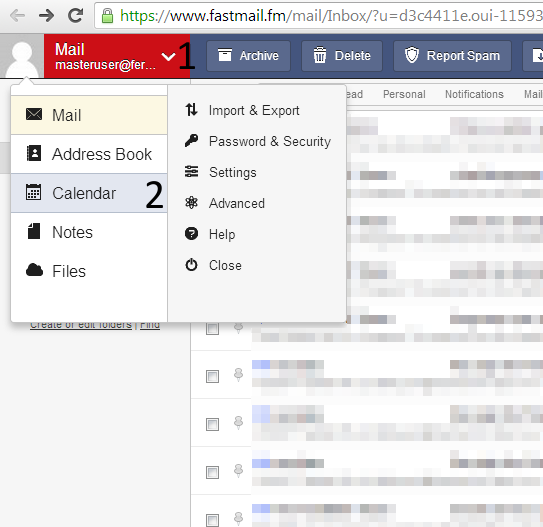 Your account may need to be upgraded to “Enhanced” if you want to sync your calendar with another program or device, such as Outlook, OSX Calendar.app, Android, or iPhone. If you are wanting to sync, please let me know so we can get you setup. Once enabled, you can follow these instructions: https://www.fastmail.fm/help/clients/applist.html

Additional help can be found at: https://www.fastmail.fm/help/#calendar or by sending me an email.

At 11:00pm pacific time tonight, fremont (the server) will be down for approximately 41 minutes to perform a server upgrade.

Full service should be restored and available no later than midnight.

This outage will affect all sites hosted, including:

This outage will not affect email.

If this planned outage will cause you any problems, please let me know ASAP so we can either mitigate the issue or replan the outage.

For more information on the upgraded server: The New Linode Cloud: SSDs, Double RAM & much more

The main push of this version is to “close the gap between editing and publishing”: 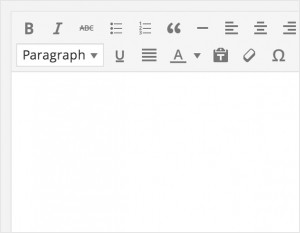 The updated visual editor has improved speed, accessibility, and mobile support. You can paste into the visual editor from your word processor without wasting time to clean up messy styling. (Yeah, we’re talking about you, Microsoft Word.) 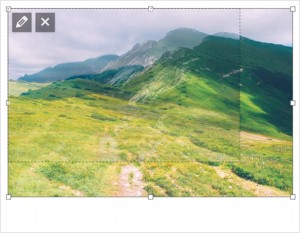 With quicker access to crop and rotation tools, it’s now much easier to edit your images while editing posts. You can also scale images directly in the editor to find just the right fit.

Drag and drop your images 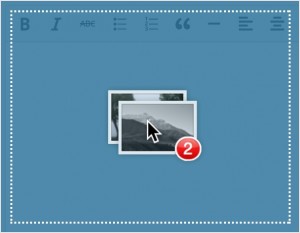 Uploading your images is easier than ever. Just grab them from your desktop and drop them in the editor.

“Complete” is a bit of a misnomer since it can take up to 72 hours for all the DNS records to completely update around the world.

That small technicality notwithstanding, all email is being routed directly to the FastMail server. This means that email is no longer passing through the Gmail server.

You may notice a slight uptick in spam as the FastMail server adjusts to the new email. However, it should quickly subside (See more: https://www.fastmail.fm/help/spam_virus_protection.html)

If you notice any issues with emails not getting through, please let me know. I’ve triple checked everything, but you never know.

Also, if you had a fergfam.org email address, you can still check your old email by logging in at https://gmail.com.

I’ve updated the blogs to version 3.8. You’ll notice a revamped backend, but otherwise things should be peachy as normal. If you notice anything gone haywire, just let me know!

Ferguson.pw has successfully (I think) been moved to a new server. You should not notice anything, except maybe it goes a bit faster.

If you have any issues, please let me ASAP.

You can read more about the change at: https://andrewferguson.net/2013/11/22/transition-to-lemp/

Ferguson.pw has been updated to the latest version: WordPress 3.7.

If you notice anything not working as it used to, let me know.

The second change could be considered more drastic. Currently, Google Apps is the platform we use for email, and also provides contact management, calendars, online documents storage, and Google Chat on the fergcorp.com and fergfam.org domain. For myriad of reasons, I am recommending moving to a different system that does not involve Google as intimately.

In particular, I believe the adage that if you aren’t paying for the product, you are the product. The current service level we have with Google is a since-discontinued no-cost plan. This level of service is almost identical to what is provided to users with regular Gmail accounts (vice Google Apps), which analyzes your email to provide targeted advertising.

[L]ast year, Google changed its privacy policy so now it can cross-reference data across all of its services. This prompted some class-action lawsuits. If Google can tie together what it knows about you from your email and calendar, the directions you get from Google Maps, and so on, then you might as well just use Google Now and forget you ever had any privacy at all.

Furthermore, over the last four years Google has been subject to thousands of government requests for data on accounts and provided some amount of data over 88% of the time ((http://www.google.com/transparencyreport/userdatarequests/US/)). With close to 500 million users ((http://techcrunch.com/2012/06/28/gmail-now-has-425-million-users-google-apps-used-by-5-million-businesses-and-66-of-the-top-100-universities/)), the number of accounts affected is small – just 0.016% over four years ((based on linear extrapolation of the data)). Still, the fact remains.

In light of programs such as PRISM, Google issued the following statement (emphasis added):
From thenextweb.com:

Google cares deeply about the security of our users’ data. We disclose user data to government in accordance with the law, and we review all such requests carefully.

In my opinion, simply submitting to the law falls significantly short in terms of protecting user privacy and data, especial for something as personal as email. When combined with all the other data Google is able to aggregate, the concern becomes larger: a one-stop shop for information on a person and their activities.

Indeed, there exists a notion in the corporate world that the least expensive solution is to capitulate to government requests for data. My hope is that this tide will turn. Only Yahoo! has shown that it actively tried to fend off the government when user data was requested:

In 2007, Yahoo received an order to produce user data under the Protect America Act (the predecessor statute to the FISA Amendments Act, the law on which the NSA’s recently disclosed Prism program relies). Instead of blindly accepting the government’s constitutionally questionable order, Yahoo fought back. The company challenged the legality of the order in the FISC, the secret surveillance court that grants government applications for surveillance. And when the order was upheld by the FISC, Yahoo didn’t stop fighting: it appealed the decision to the Foreign Intelligence Surveillance Court of Review, a three-judge appellate court established to review decisions of the FISC.

In order to address these overall privacy issues, I propose a replacement provider meet the following requirements:

It is my opinion that switching to a smaller provider and paying them to manage our email system is the best option to ensure our privacy.

Implementation of effective security is subjective measure, and there is single correct or best way to implement security. As a side note, I recommend reading anything by Bruce Schneier.

Adherence to standards is important to ensure continued interoperability with other systems. While Google has been championing open standards, they have since started to become more closed platform, in particular they recently replaced the “‘Talk’ platform with a new one called ‘Hangouts’ that sharply diminishes support for the open messaging protocol known as XMPP (or sometimes informally Jabber), and also removes the option to disable the archiving of all chat communications. These changes represent a switch from open protocols to proprietary ones, and a clear step backward for many users.” ((Source: https://www.eff.org/deeplinks/2013/05/google-abandons-open-standards-instant-messaging))

Finally, a reasonable Service Level Agreement (SLA) to ensure that services such as email are available when we want and need them. The number one reason I have decided to run my own mail server is that I would have concerns about being able to meet the minimum SLA.

I haven’t determined what that final solution might be, but I’m working on piecing it together.

The proposed transition plan for email would be as such:

In looking for an email replacement for Google, I considered several different providers and FastMail emerged as the lone company whom I believe is capable of meeting our requirements.

While FastMail is an Australian-based ((formerly owned by Norwegian-based Opera)), the actual data servers are in New York. This is ideal because FastMail is an Australian company and as such is subject to Australian law, which is notably more stringent than US law when it comes to email. Australia also does not have any equivalent to the US National Security Letter. ((http://blog.fastmail.fm/2013/10/07/fastmails-servers-are-in-the-us-what-this-means-for-you/))

However, the fact that their servers are in the US ensures that your data will generally only traverse within the borders of the US, which significantly reduces the likelihood of it being spied on.

FastMail is almost a drop in replacement for GMail with the following caveats:

Having said that, I have already started moving myself to FastMail servers. There are some limitations that I’m having to work around due to the lack of CardDAV and CalDAV support, but if you don’t use Google Calendar and don’t use a smartphone you would not be affected by these limitations.

When you would like to make the switch, please let me know and I’ll get you started. If you have concerns about moving or lack of functionality, let me know and we’ll get something figured out!

I’m work on consolidating some stuff and am moving away from fergfam.org/net. It has always been a confusing domain name (what’s on .net, what’s on .org) and was a solution to a short domain name that was supposed to be easy to communicate. As you can see, I’ve been able to pick up an awesome new domain name (I currently own 15 domain names…I may have a problem): ferguson.pw

I tried for a while to get ferguson.us, but the owner (who interestingly enough lives in Broomfield, Colorado) was not willing to sell nor do have reason to believe he would be willing to sell it anytime in the near future for an amount I’m willing to pay (let’s just say it was north of $10,000…and I believe him).

At this point, there are no plans to divest from the fergfam domain. It will just point to ferguson.pw for now.

For those that have blogs (or want a blog), I’m also revamping how the blogs are run to make it easier for each of you and me to manage and run. Effective immediately:

Brian’s old blog (http://brian.fergfam.net) has been setup to redirect to https://brian.ferguson.pw.

The backend more or less remains the same, but the blogs are now part of the federated Ferguson Enterprise System (FES). In short, while the blogs are everyone’s own to run, there are actually part of a single installation and I can manage all of them from a unified location. You’ll need to trust me when I says that this makes my life easier.

Rachel also will be at rachelferguson.org (for those who care: it’s a domain mapping of rachel.ferguson.pw).

If any one else would like their own blog or domain name (I have 15 of them!), it’s a pretty easy thing to setup now (See! The Federation is a good thing!)

If you have questions, please let me know!

Theme by Anders Noren — Up ↑